Brasil. Just at the mention of the word my lips curl upwards into a smile and my eyes shine with excitement. I can’t get through a few hours without being greeted by the pleasant thoughts of my year abroad. After things surrounding graduation and colleges slowed down, my exchange year has began to take full control of my mind. I have never been more excited and more terrified at the same time to do something completely different and on my own. I’m thrilled by the fact that I will soon have a new lifestyle, and new friends and family. However I would be lying if I said I wasn’t nervous. I will no longer be able to fall back on the safety net that has been built in my life. I’m leaving a lot of great things and people behind for a year, getting on a couple planes and a little less than 24 hours later pulling into my new home, with people I have never met in person, and I will live there for the next 12 months.

People often ask me how I decided to do something 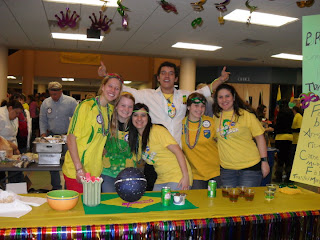 they deem terrifying. Well once I returned from the London and Paris trip with the English department I looked for every chance I could get to travel again. I had heard about the Rotary program and decided to go to a small meeting the summer after my junior year of high school. I came home from the meeting with my mind made up, I was going to become an exchange student. I never thought about starting college, I was determined to go abroad for a year and so I began the application process. People often comment about how they could never imagine doing it, and I understand it completely. It isn't for everyone, but it always felt right for me.

Another question I receive often is: “Why Brasil?”. Well, quite honestly, Brasil wasn’t my first choice. Out of the 7 choices I put down on my 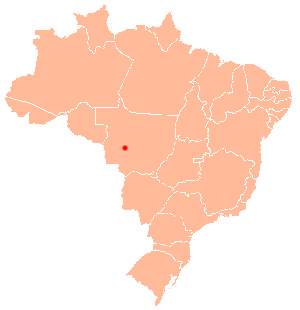 paper, the day of the country fair and my big interview, six of them were countries in Europe and the other one was Brasil. Brasil was my third choice, and hadn’t even been in my mind until I met the brasilians at the country fair, they were extremely friendly and welcoming and I could sense the pride they had in their country. I believe any country on my list, or available to me, would have been a great experience for me, but I have never been so thrilled to not have everything go exactly how I imagined it. It’s open-mindedness and the ability to find positive aspects in everything, which is really important to being a part of Rotary, because things don’t always happen the way you expect them, or at the rate you expect them to and who wants to spend the arguably greatest experience of their life, sulking.

The last and possibly most common question of all is: “When do you leave?”. This is where my confusion and nervousness set in. This is also where flexibility plays a big role in keeping me calm. My scheduled departure date is Friday July 30th, because my high school in Brasil resumes classes after winter break, early the following week. However as the date began to get closer, I watched all of my fellow future brasilians receive important guarantee forms, used for filling out the Visa Applications. As my application was due last Monday, to be processed in enough time to leave on the 30th for sure, and I still haven’t received my guarantee forms to help me fill out my application, my actual departure date could vary. There is the exciting possibility that it will all work out in time, and there is also the chance that it won’t and I’ll get to spend more of the summer with friends and family. On the bright side, the later I leave, the later I can stay…and I know I’ll get there eventually so the rest is just small details.

Other than that I can’t wait to arrive in my new home of Tangará da Serra, Mato Grosso, Brasil (The Montana/Wyoming of Brasil). It is located in the far west of Brasil, and boarders Bolivia. The northern part of the state is made up of the Amazon Rain Forest, and the southern part is part of the Pantanal, which is a biodiverse wetland that floods during the rainy season. After a flight to Atlanta, then Brasilia, then Cuiaba, and a 2-3 hour drive to my town I will unpack my belongings for a while. My first possible host family lives on a farm with chickens, cows, horses, and dogs, so I’m sure I’m in for a unique experience. I’ll miss my home and family, but I’m overly excited to begin this new journey in my life. 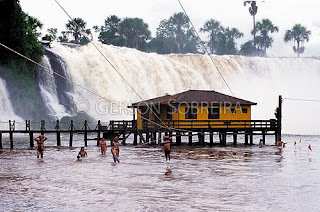